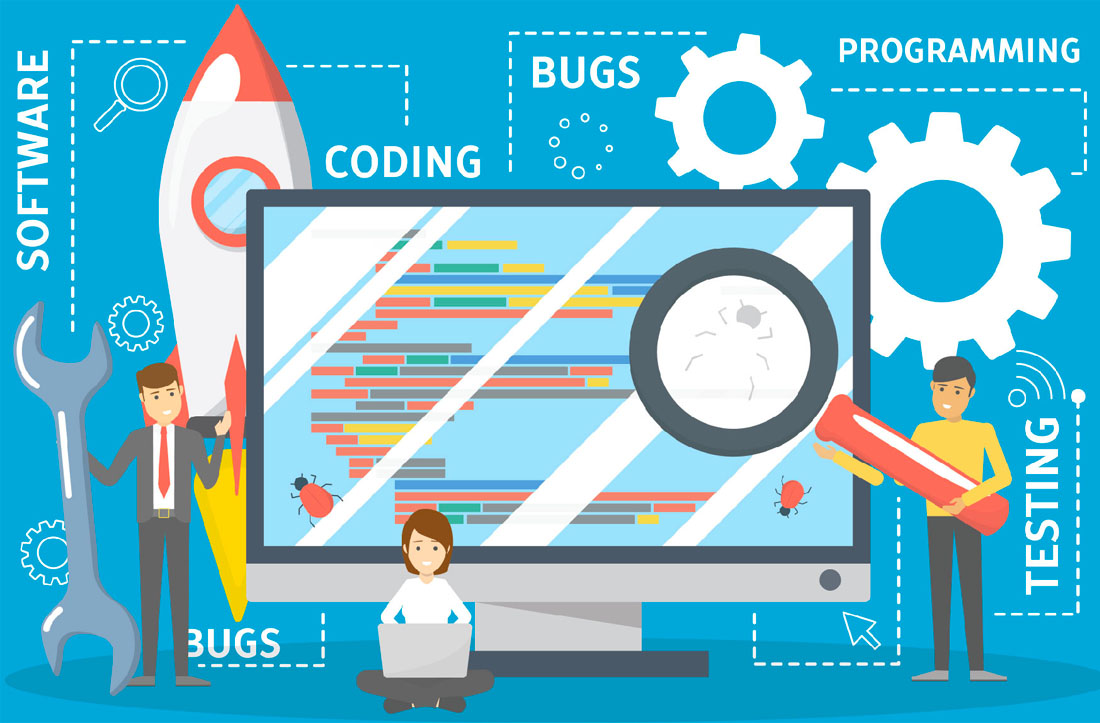 Most organizations spend thousands of hours creating QA tests for applications, meticulously breaking down the application and debugging it from release to release. This enormous amount of time spent in manual testing produces very little outcome as it slows down development and affects productivity. Automating the testing by injecting test automation scripts into every stage of the test cycle addresses the problem of lost productivity by allowing testing engineers the time and space to do more complex tasks.

But test automations are not sufficient in the long term as they still require human assistance and guidance for test logic and maintenance. Testers needed to match the test scripts to each different scenario and every slight change in the test environment. This means that even with automation, the tests can not only stretch out the test cycles but also reduce the test coverage.

A substantial amount of QA engineers’ time goes into forming the test scripts for automation, adjusting the parameters and monitoring the test success. This problem enforces the pressing need for autonomous software testing to reduce the time and effort spent in creating tests for repetitive procedures even for unknown test scenarios.

As a result, autonomous software testing is an increasingly popular approach to testing using AI and ML and in which machines handle tests automatically and spinning up test scripts autonomously without human help. These autonomous machines provide the QA team with the capability to expand the test coverage and also increase the speed of application releases. It seems like a dream scenario for many, but autonomous testing has successfully and widely affected the way companies perform QA.

Autonomous software testing is now capable of not only increasing test coverage and the pace at which applications were released but it also reduced testing costs to a large extend. This capability of machinated autonomous testing can be exploited to the maximum as organizations are finding it harder each day to catch up with the enormous demand for application testing. Yet, studies indicate that not many companies are implementing autonomous testing despite the benefits that it offers to testers.

The challenge lies in finding the right tools and progressing with a robust plan to pave the way towards stable autonomous testing.

Identifying the current organizational maturity for implementation is the first step. Once the team is ready for change and have familiarized themselves with each stage of automation, they can safely rely on the autonomous platform to do the rest without guidance.

Autonomous testing is a process of transformation from manual to assisted and moving to the fully autonomous stages in the latter stages.  With each of these stages autonomous testing tools strengthen the QA team’s capabilities to rely on automation for faster software development.

The first few stages involve more manual test building, manual executions and regular maintenances. It will be replaced slowly by integrating automations by leveraging automation tools to eventually achieve autonomous testing. Let’s look at each of these stages individually.

Manual tests are an advantage for smaller, beginner projects to understand the very basics of the application and what makes it work. Unless a QA engineering team starts from the manual stages of testing, they may not be able to make huge strides in automating processes as the team lacks a deep application understanding and expertise.

Manual tests use the tester’s intelligence to apply human intelligence and function into the application development which a machine cannot produce by itself from the very beginning. This type of testing sets the stage for identifying those processes that can be automated and those that need further improvements. Quite naturally, this stage will also demand higher maintenance and fine tuning to achieve the ideal test results.

When we have identified the testing processes for which test automation scripts can be generated, we progress to the next step which is the first step towards automating the tests. Using automation tools, certain parts of the test cycle can be automated, however, it still requires the test engineers to regularly maintain the tests and also manage them to ensure quality.

This stage is critical in the whole transformation process as it defines your test automation framework. During this stage, the right tools and technology that support the automation processes are put in place. This may involve the right object identification and storage that some tools can offer. Especially in UI testing, there should be a plan for defining Ui objects. Clearly defined objects allow cross-platform testing and ensure that there is a creation of meaningful tests.

In this stage, a large chunk of the testing pipeline is taken over by the automation tool. Most tasks that were experimented for automation has found success and are running smoothly.

Some industry best practices will propel the automations in this stage. They involve processes like creating proper test blocks in which the test engineers have figured out the testing logic. The application should be properly running tests for different form verifications and user accessibility. A continuous feedback system and some agile methodologies are adopted that will help engineers in further automation efforts.

However, at this stage, the testers and engineers are still responsible for maintaining the tests, figuring out the test logic and overlooking the application performance for any failures or bugs.

However, the testers and engineers are still responsible for maintaining the tests, figuring out the test logic and overlooking the application performance for any failures or bugs.

The goal of autonomous testing is the independence of the test engine from the regular monitoring and tweaking of tests for each change in the test environment or scenario. Hence, the QA team is now implementing ML to help the automation tool figure out how to navigate changes and maintain the tests.

This is the stage where advanced concepts like intelligent self-healing systems and AI- powered test script generations are experimented with. The testing tool can make new scripts for fresh scenarios and is trained daily to make its own decisions for any changed circumstances, maintain the tests, and fix bugs.

The final destination for all the previous efforts, autonomous testing is implemented through the effective use of platforms and tools. The entire test effort should culminate in a system where the test engineers are free to experiment with new sides of the project while the existing system runs like a well-oiled machine. The automation tool is now adept in learning from past failures, learn concepts and adjust every test according to the changes in each feedback cycle.

Ai-driven QE services are the most sought-after services in the industry today. As self-driving cars and autonomous industries are flourishing all over the world, Innominds has played a key role in building the platform for the future through iHarmonyTM.

End to end automation through reusable frameworks and AI-led functional and security tests are driving the underlying tech for driverless vehicles with seamless software integration and improved safety.

In one of our recent client engagements, we also used iHarmony-AI to augment the automation process for an advanced autonomous framework. As a result, we were able to implement autonomous test generations and application maintenance, reducing the test costs by 80%. We cut down at least 340+ hours’ worth of effort by the QA team and accelerated the software release cycle by 15%.

The upcoming TestFest UK conference from 11th to 12th March, 2021, by TestCon is the highlight of the week at Innominds, as we pride ourselves as the title sponsor for the event.

Our experts and leaders, Sai Chintala and Sairam Vedam will deliver the keynote speech for the event on the topic, “Autonomous testing assures software quality for the modern era”. Learn more about our successful autonomous testing endeavors, findings and insights from the event, and connect with industry leaders, worldwide!

Artificial Intelligence (AI) as the New Frontier in Software Testing