With a population of over 4.4 billion strong and growing, constituting 40% of the world’s GDP and with a GDP growth rate, double that of the rest of the world, APAC undoubtedly, is fast becoming the hub of world’s economic activities. This region also stands as a major manufacturing hub for the world. Naturally, APAC is leading in its strategy deployment efforts in many new technologies, such as M2M. Experimenting incubators for transportation, smart cities and other businesses involving Internet of “things” are now being carried out in IOT domain from this region. The 150 large TSPs and numerous MVNOs are now fast competing to increase their market share in IOT. We will discuss and try capture this transformative, revolutionary journey of TSPs  in IoT market and the various challenges faced by them.

World over, the most important hurdle for a TSP is the ‘lack of growth’ in their core ‘voice’ and ‘SMS’ business. In the past10 years, TSP’s have earned very less revenue and profit from their core business. Now, even after the 4G rollout in the market, that revenue almost stays stagnant (at < 2% growth) in most of the APAC countries. The new frontiers of digital business and technology, now (Ref Fig. 1) are in data and M2M/IoT. While data is dominated by Internet companies and content providers, IoT still seems a frontier that is, untamed and unconquered.

In the APAC region, IoT adaption by large corporations and business houses, beyond traditional M2M, is still in nascent stage. Less than 1% of business expenses of APAC region’s businesses are being spent in IoT. However, we think that this trend of low utilization will definitely change; and will change very fast. The resultant affect, all TSPs of the region are betting high on IoT.

The above (Fig. 2) gives an idea of the revenue model for the IOT business. The revenues are distributed in five main categories. It is clear from the figure that services play a major part in IoT and is increasing with time. The traditional business of connectivity (Ref Fig 2), is not significant in IoT context. Three categories – Professional (IT services), Connectivity (TSP core ) and Consumer (managed) dominate the revenue share of IoT. Therefore the revenue from these categories, although seem as not core for today’s TSPs in APAC, but in near future, will stand real important. The major problem with businesses lies is their inability to foresee and exploit the potential untapped market of IoT.

Challenges of TSPs are also segment-dependent. The uptake and models of operation are vastly different across different segments of IoT in APAC. Depending on the operating models and technologies, we identify three major categories in IoT spectrum:

Traditional Services are core, mainstay business of the TSPs and many TSPs have their own platforms and infrastructure for associated service. Traditional Disruptors depend on standardized platforms and innovative sensors. In the deployment phase of TDs, significant solution offering and Systems Integration work is necessary in enabling these businesses at the forefront. Both TD and HO need low bandwidth communication (LPWA, NB-LTE, NB-IoT) and long-life sensors. The technology associated with low bandwidth communications and sensors are fragmented and evolving very fast. They are present in various stages of deployment. Consequently, the next-gen TSPs and Telcos are adopting a low-risk, bottom-up investment strategy which can assure them success. 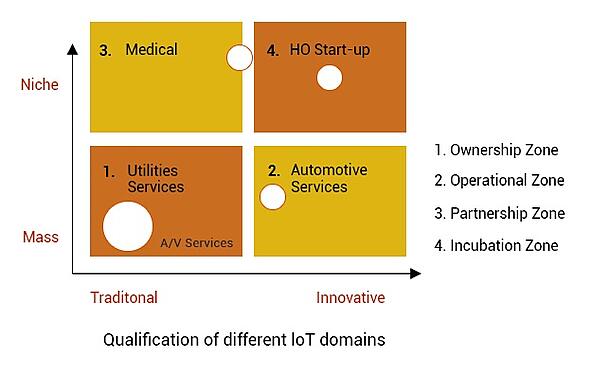 Besides the category specific issues and local adaption rates discussed in the above section, there are some generic challenges which are culture specific. Most of the world’s TSP’s have already identified these challenges and are trying to address them.

Traditionally, TSPs provide bandwidth and associated equipment for voice and data. The responsibility of the providers, in most of the cases, did not go beyond generic last mile equipment such as Set-Top-Boxes. IoTized service providers will have to play a much more dominant role as service aggregators for IoTized systems for maximizing their revenue. In many APAC countries, TSPs will also have to bring in, at least create and manage, an ecosystem of infrastructure.

Depending on their position in the value chain, sometimes a TSP may need to play a junior partner in an IOT context. When a strong IoT business emerges, which can utilize large bandwidth and Infra, a TSP may need to provide those components of business. There will be a major shift from the regular central role of a TSP to playing an associate partner role in IoT business.

If the percentage of voice traffic keeps on reducing, the vertical domains will become more and more important. Withstanding the pressure of large IoTized applications, will alarm the TSPs to groom talent that builds towards developing vertical market segments. This will be a phase shift for tradition TSPs. However, this is already happening in some organizations.

4. M&A will drive the new agenda of the business

In order to provide services in IoT, the TSPs will need to seize the innovation initiatives. Acquisition of new and fledgling businesses and nurturing them for viability will become new mantra.

5. Services innovation will be needed

Even today TSPs are in a constant innovation process to support their business models. When voice and regular data content cease to be the only services offered to its clients, some novel service coupled with innovation will be required to dig profitability. The efforts are already being put in TD domain but we believe a strong tidal shift is necessary in HO too.

6. Creating a scale and penetration with right and modified technology.

Because of the geography and infrastructure, scaling up is a bit difficult for a TSP in some regions of APAC. Technology innovations, modifications in the technologies need to be done effectuating for a smooth adaptation to different regions. There are ample examples that some IoT businesses are already doing that innovation in various countries of this region. It remains to be seen as to how a capital intensive large TSP organization adapts to that new ways of innovation and modifications.

In digital domain, the services are appealing and powerful when they scale beyond national or geographical boundaries. Consumers are so used to Facebook and Whatsapp that they do not want to be restricted by regulatory/financial boundaries of TSPs. The same is true with enterprises and businesses. Modern Internet companies and emerging large-scale IoT service providers are not restricted by these boundaries. They have universal brands. The TSPs have to address this issue to win beyond connectivity in IoT market. New business model for global platform, segregating platform from infrastructure etc., are therefore extremely important for the IoT strategy in this fragmented part of the world. The major effort and focus in addressing the challenges of IoT undoubtedly will be in this direction. 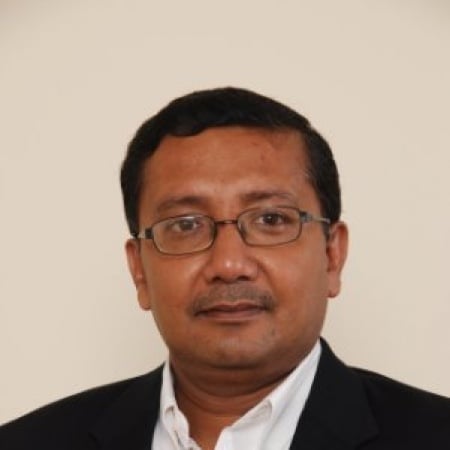