When it comes to performance, one expects their application’s bundle size to be smaller, faster and simpler. Angular Ivy is a next-generation compilation and rendering pipeline, which reduces the bundle size, loads faster in slower networks and is simple to use. Ivy is still in an experimental phase and is expected to be available in Angular version 8.0. The target date of release version 8.0 is April 2019.

How is this Achieved By Ivy?

Tree shaking is a term that means removing unused code during bundling process. This can be done by using tools like Rollup and Uglify. During the build process, tree shaking tools use static analysis and eliminates the unused and unreferenced code. However, tree shaking tools have limitations when the conditional code exists as static analysis depends on references. For example, an unused code path within “IF” statement cannot be identified by static analyzer and that code still resides in bundle even if it is not used during runtime. Due to the above mentioned limitations, current rendering pipeline is modified to optimize the bundle size.

Today’s angular compiler takes angular templates, parses and would generate optimized JavaScript code that represents data structure of template. At runtime, this template data structure is interpreted by angular interpreter and generates DOM. During the process, Angular compiler has to pass through conditional code paths, which may or may not be used during runtime. Tree shaking tools only recognize reference code and bundles all the code.

The new angular pipeline skips template data structures and angular interpreter. Angular template pass through new compiler and generates template instructions, which does not need runtime interpreter to process at runtime. These instructions are JavaScript code that would directly create DOM.

You can further optimize your bundles by Code Splitting. Code Splitting is a process of splitting your code into smaller chunks and lazy load by using angular routes. When you split your code in different routes, it will be easy for angular to load those features, which were used in that route.

With this process you can ship a precompiled code as a 3rd party lib. Additionally, it doesn’t require any metadata for compilation. 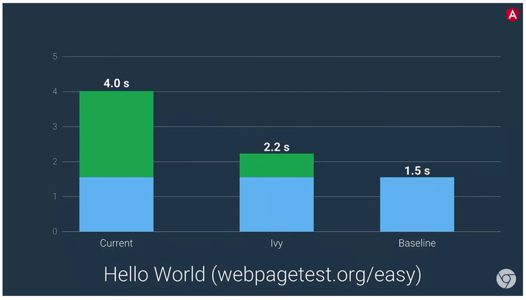 Google is still in verification process. Once it is done, Google will make Ivy a default renderer.

Google is planning on having Ivy as an opt-in preview as part of the version 8.0 release.

To start a new project with Ivy, use the --enable-ivy flag with the ng new command:

To update an existing project, follow the instructions in the URL below:

Blog: A plan for version 8.0 and Ivy by Stephen Fluin

Interested! For any demos or project discussions, please write to us at marketing@innominds.com and know more about our offerings. 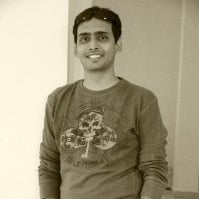