Swift Package Manager (SPM) is a tool for managing the distribution of Swift code. It is integrated with the Swift build system to automate the process of downloading, compiling, and linking dependencies. SPM provides a convention-based system for building libraries & executables, and sharing code across different packages.

Versions Supported: Swift 3.0 and above

CocoaPods is a dependency manager for Swift and Objective-C Cocoa projects. It has over 30,000 libraries and is used in over 1.9 million apps. CocoaPods can help you scale your projects elegantly. More details can be found at http://cocoapods.org

CocoaPods also provides a central place where third party libraries can be found. This improves discoverability of open source libraries that can be used in projects. With CocoaPods, updating your dependencies is easily done with the ‘pod update command.’

How to Install CocoaPods?

We can install Carthage by using HomeBrew or we can download the .pkg from Github and install it manually.

Apple developed its own package manager, which is fast and robust. So, it’s time to migrate all our team members from CocoaPods and Carthage to SPM.

In Xcode <11, you need to run the command to add Swift package.

Adding Package Dependencies to Your App with Xcode 11

You can add package dependency into the application in two simple ways in Xcode 11.

How to Remove Swift Package Dependency from App

One of the most exciting new features in Xcode 11 is that the SPM is within Apple’s IDE. Xcode 11 offers complete support for creating and editing package.

Here, I am explaining ways to build your own Swift Package Manager with an example. I am creating s SPM for validations.

You can write unit test cases for your package in test folder.

I created three sample empty applications and added Alamofire with pods, Carthage and SPM. Below are the metrics on my system with Mac OS (10.15) and Xcode 11.0 (beta). These values may vary from system to system.

With Swift Package Manager, your code is not only better but also officially supported by Apple. As far as future projects are concerned, it makes sense to start with it and move the existing dependency managers to SPM as and when opportunities arise.

Innominds is a leading Digital Transformation and Product Engineering company headquartered in San Jose, CA. It offers co-creation services to enterprises for building solutions utilising digital technologies focused on Devices, Apps, and Analytics. Innominds builds better outcomes securely for its clients through reliable advanced technologies like IoT, Blockchain, Big Data, Artificial Intelligence, DevOps and Enterprise Mobility among others. From idea to commercialisation, we strive to build convergent solutions that help our clients grow their business and realise their market vision.

To know more about our offerings, please write to marketing@innominds.com 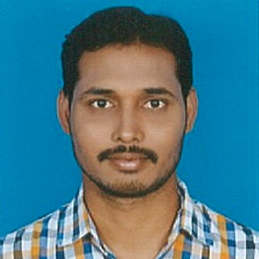