6 Pitfalls to Avoid During Your Performance Test Execution

Testing is one of the critical processes in application development. The success or failure of the application entirely depends on it. A typical performance test execution’s success depends on various interdependent factors like:

And any oversight of these factors may lead to a failed simulation of load on the application or even abortion of the performance test execution.

At Innominds, we know this can be a struggle, which is why we have put together some helpful guidance points for you to help ensure a smooth and successful load simulation during performance test executions.

Various levels of logging options are available in the configuration of the various load-testing tools that are in use. They provide options to log HTTP response, informational messages like actions happening in the script, parameter substitutions, warning messages and error message.

It’s important to enable full logging only for debugging purposes and the logging option to Log only on Error. During actual execution of the performance test, keep the logging to as minimal as possible. An increase in the amount of logging will increase the resource utilization of load generator machines. Most often, the reasons for load generator failures are related to extensive tool logging.

Always ensure that appropriate run time settings are configured as per-the -oad patter requirements. Even a minor misconfiguration of the settings can make the load simulation very unrealistic and render the test results useless.

For example, let’s consider a scenario where we achieve a realistic load simulation. Scripts are configured with an appropriate think time. However, while executing a performance test, if the engineer leaves the simulate think time’ setting disabled, the load test tool will choose to ignore the think time incorporated in it to the scripts, and this will lead to an inaccurate load simulation against the application.

Having a checklist of the required run-time settings will help in avoiding misconfiguration of such settings.

5. Shield the Test Results From Corruption

6. Verify if Server Monitoring is in Place and Has Started

Making a check list of these above items and verifying each item before starting a test execution will increase the chances of a performance test execution’s success.

To find out more important keys to performance test execution or to talk with us about your particular project needs, contact us today. 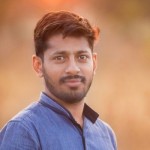 9 Simple Tips to Help You Optimize Your Web Page Performance